The Supreme Court of India has declared triple talaq as unconstitutional in a judgement which is being considered as a milestone for women empowerment.

This decision will help many muslim women to abstain from a life, which is at mere will of her husband’s speech.
So, this decision, in a way prevents muslim women from leading a life of ‘half widow’.

But, what about those women who are forced to live a pathetic life as widows due to death of their husbands?

If you are into news, you would be fully ‘unaware‘ where I am going with this , because no news channel cares about them.

Yes! What about the empowerment of Hindu women who lead a terrible life after the death of their husbands !! 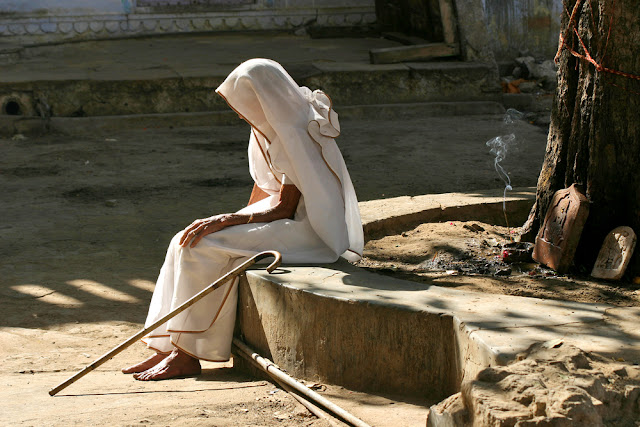 If you visit Mathura, Vrindavan or Radhakund, you will surely notice, women in white, singing bhajans, relentlessly in temples and ashrams, sometimes continuously for 7-8 hours.

At first, one is quite impressed by their dedication towards Lord, but if one digs a little deeper, one is startled to find out that for some of these ladies, it is their only source of money with which they can buy some food or pay their rent. The money we are talking about is not any handsome amount but a meagre Rs. 18-20 !!

So, who are these women? What is their number? From where do they come? Why do they land in Vrindavan?

Let’s answer these questions one by one.

Who are these women?
These are mostly women who were married at a tender age to men of double their age who died owing to old age or any other reason leaving these women in complete despair and at mercy of their children and society who left no stone unturned to humiliate and agonize them. They were made to beg for food and were beaten up at will, forcing them to leave for Vrindavan.

But, why only Vrindavan?
This is where it gets interesting. No one knows the exact reason why these women started pouring in large numbers and chose this city out of the 4,000 cities of India.

This can be due to its close association with Lord Krishna. According to Srimad bhagavatam, Krishna is believed to have 16,108 wives out of which 8 were Principle wives and 16,100 were Junior wives.

There is a fascinating story behind Krishna marrying these 16,100 wives.
According to a legend, once  Krishna defeated a demon called Narakasura and released 16,100 women from his captivity. Their husbands/families refused to accept them back as they had become polluted in company of a demon.

So they pleaded Lord Krishna to accept them because nobody else is going to marry them and if he doesn’t accept them, then they will commit suicide. Being trapped in dharma, Shri Krishna accepted all women as his wives so that they live a honorable life and nobody dare to mock them.

So, all the rejected and dejected women come to Vrindavan to seek Lord Krishna’s refuge so that they are born with a better fate in their next lives.

They also find the company of other women with same destiny here and hence can relate with them easily.

How many are these?
Well, no one knows their exact number. Some say there are about half a lakh of them in the areas of Vrindavan, Radhakund alone, while others mark their number to be about 20,000. Whatever be their number, they are significantly visible in the localities of Vrindavan. 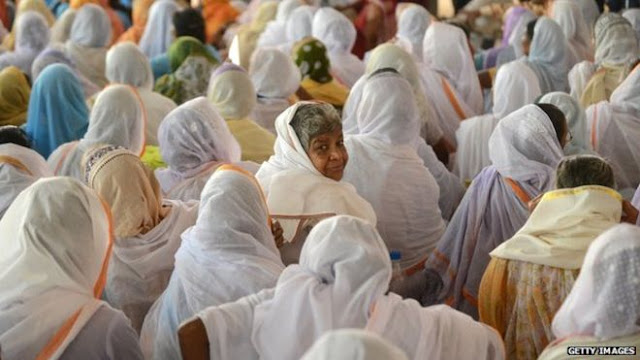 From where do they come?
They come here, mostly, in large numbers, from the adjoining states of West Bengal and Bihar.

So, do they get what they come seeking here ? The solace, peace, and an escape from society ?
Unfortunately not. As religious service is incapable of compensating and supporting a livelihood, they just live for the sake of living here.

They can be easily spotted begging in different localities of the town. The hatred and dislike of the locals is quite evident against them and the only people who come in support of them are tourists and pilgrims who help them for seeking some ‘spiritual’ merit’.

The ashrams in which some of these women find refuge are ill-equipped, over-crowded, and are a reservoir of deadly diseases like tuberculosis.

There have been reports of these ashrams promoting prostitution and trafficking of women.

Whats more saddening is the fact that these widows do not receive ‘humane‘ treatment even after death and bodies of deceased widows are disposed by chopping into pieces and packing in gunny bags.

So, the big question here is –
Where is the government? What measures have been taken to improve the lives of these women?

After much research on internet and newspapers, what I found was astonishing. No government since independence had bothered to care for these women, until 2012, when Supreme Court of India, in response to a petition by a NGO, sought report from the government on this matter and as a follow-up to several hearings on this, including the one in which Supreme Court imposed a 1 lakh rupee fine on the government for not coming up with a roadmap, Ministry and the National Commission for Womenhas submitted a detailed Agreed Action Plan this year in the court.

Maneka Gandhi in 2016 laid foundation to India’s largest widow home in Vrindavan, to be built on over three-and-a-half acres of land and at a sum of Rs 60 crores, able to house 1,000 beds.

After coming to power in 2014, Hema Malini, BJP MP from Mathura, made a controversial statement in which she expressed the concerns and problems of local residents, due to large number of these women pouring in from Bengal and Bihar. 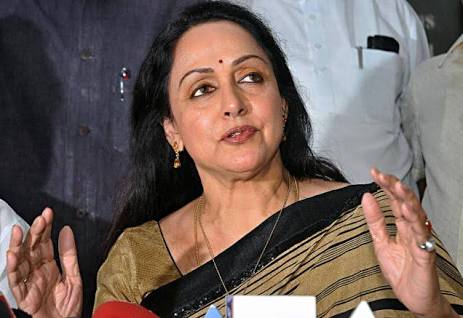 She was widely criticised for her statement, but I see nothing wrong in it. When Donald Trump can impose visa and other restrictions for non Americans in order to make ‘America great again‘ and worth living for its citizens, why can’t Hema Malini?

The society should understand the fact that the very first right for every amenity and facility in an area lies with its citizens and the migrants have mostly created problems and harrassment for the local residents – be it non Americans in USA or outsiders in Vrindavan.

The main question that should come to the mind here is why the governments of Bengal and Bihar have been incapable of halting this movement of people to UP ? Are they really incapable or are they unwilling?

It is also a fact that for many of the Bengalis living in Vrindavan, surrounded by Hindi speakers, it is, as if they are living in a foreign land.

Some private organizations like Maitri India and Sulabh have come forward and are helping these women to live a life of prestige.

Many documentaries and presentations have been made on this subject by national as well as international film makers highlighting the plight of these women.

Prime Minister Narendra Modi has promised widows access to all the basic amenities needed for a comfortable life on the eve of rakshabandhan this year. 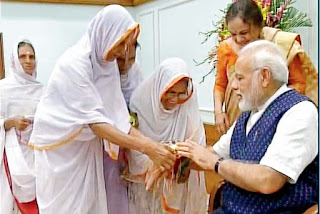 Can the PM prevent his sisters from becoming a subject of documentaries?

Can he provide, ‘that widowed indian woman‘ a life full of dignity, to finally take a step ahead in realising his dream of a new and advanced India? Father Dumps One Year Old Daughter In A Drain Sr Journalist K.J Singh And His Mother Found Dead In Home At Mohali